You can find thousands of books and online articles on the best practices for effectively branding yourself, but with my years of experience in branding, I’ve narrowed it down to the Three Imperative B’s of Branding: Be Real, Be Known, Be There.

This world is full of fakes and consumers have now become experts in weeding them out from the crowd. Consumers have become skeptics and are demanding authenticity. Let your brand resonate. Clearly define who you are and develop a strong brand position. Be different and separate yourself from other brands, but don’t pretend to be something you’re not.

Proudly shout who you are and put yourself out there. Don’t allow yourself to be intimidated and fall into the trap of what everyone else is doing. Be confident in who you are as a brand. If you are going to do some R&D (Rip -off and Duplicate), be sure to give it your own spin. Everything needs to reflect your brand position. Remember, people gravitate to originality.

You must always deliver. Who you are and how you deliver your message must always coincide. This is called delivering your brand promise. Have you ever had someone break a promise? I bet it took you a while to allow yourself to trust them again, right? Fool me once… fool me twice… it’s no different in branding. The moment you break a promise to your consumer by doing something that doesn’t reflect who you say you are, you’ve started losing credibility in the head-space of your consumer. Something that you invest thousands of dollars into building can blow up in a split-second. Walking the walk isn’t the easiest thing to do; it’s the ONLY thing to do.

And some people can’t even do that right.

As an example: In 1982, someone tampered with Tylenol products by replacing the medication with cyanide in the capsules and killed several people in the US. At the time, Tylenol was a very real player in the industry, owning over 37% of the market. Although Tylenol was not responsible for the contamination, their brand loyalty dropped to an all-time low. The brand was feared to never recover. Tylenol’s brand position at the time was to provide consumers with a safe and effective form of pain relief. That promise was instantly shattered when seven people lost their lives after using the contaminated product.

How did Tylenol bounce back? They remained “real” to who they were and developed the first tamper-proof packaging and replacing capsules with new tablets; reinforcing their positioning as providing a safe and effective product. They also bolstered an extensive media campaign to urge consumer to replace their capsules to tablets in a new triple sealed container at the expense of Tylenol. What a great way to take responsibility and be known.

Although this was more of a crisis management example, everything that Johnson & Johnson did to save the brand was still rooted in the fundamental Be Real, Be Known and Be There philosophy of branding. 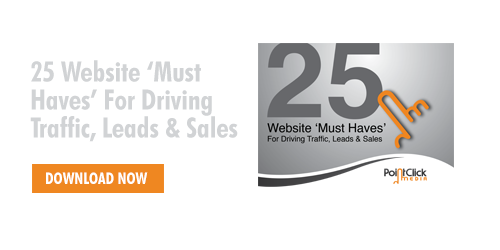